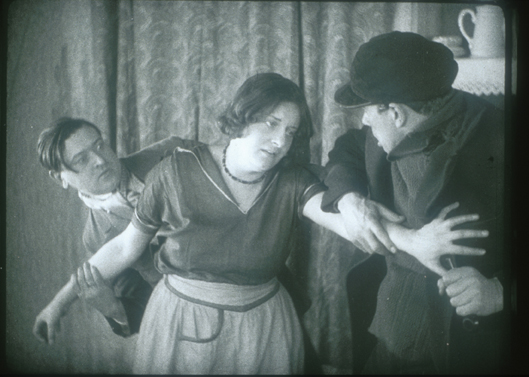 Fishmonger Leen is pregnant. When the child’s father is sent to prison after a robbery, the sailor Willem takes care of the young woman and her twins. But then Lau is released from prison … The social drama from the Amsterdam harbor district was planned as the first sound film in the Netherlands, but then became the last silent film due to technical problems. In 2003 it was synchronised atmospherically.