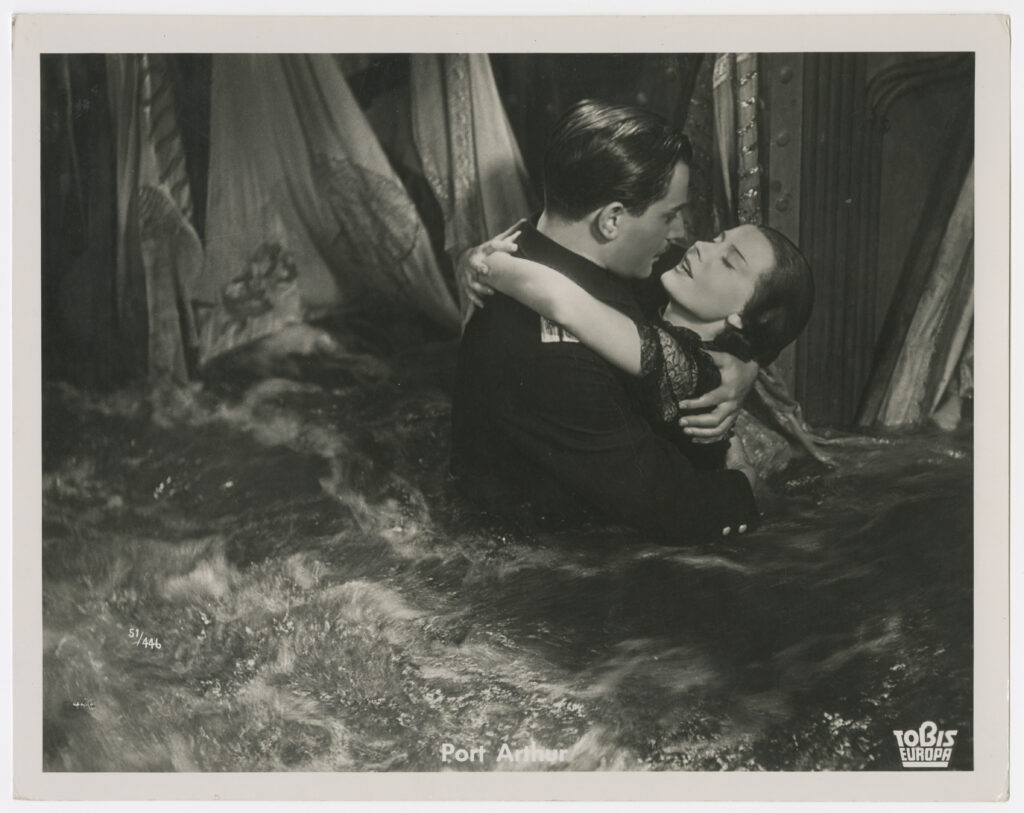 Suspenseful sea and spy drama from the Russo-Japanese War of 1904. In the Japanese besieged port fortress of Port Arthur, the Japanese wife of a Russian naval officer comes under suspicion of plotting with her traitorous brother. – Staged with great effort and German actors by a Hungarian director in Prague.