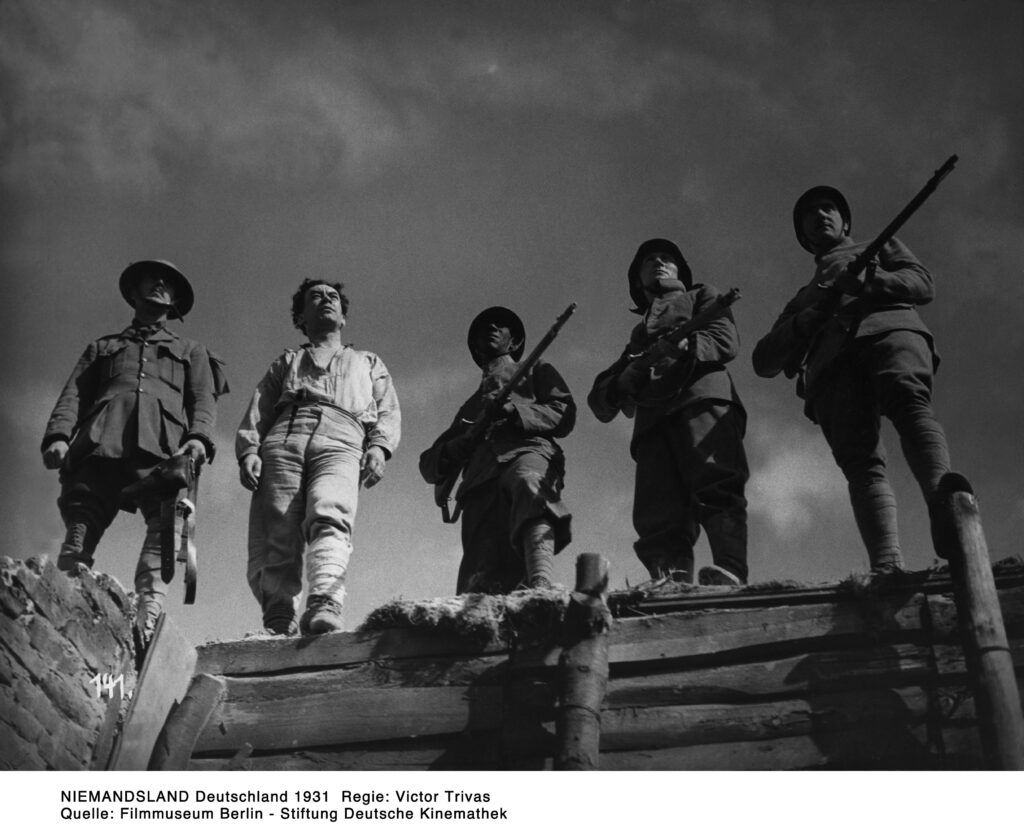 Allegorical anti-war film by Russian director and screenwriter Victor Trivas, which achieves its effect from the power of images: In a dugout in no man’s land between the fronts, five soldiers from different parts of the world meet. Despite their different uniforms and languages, more unites them than divides them: they hate the cruel and senseless war.