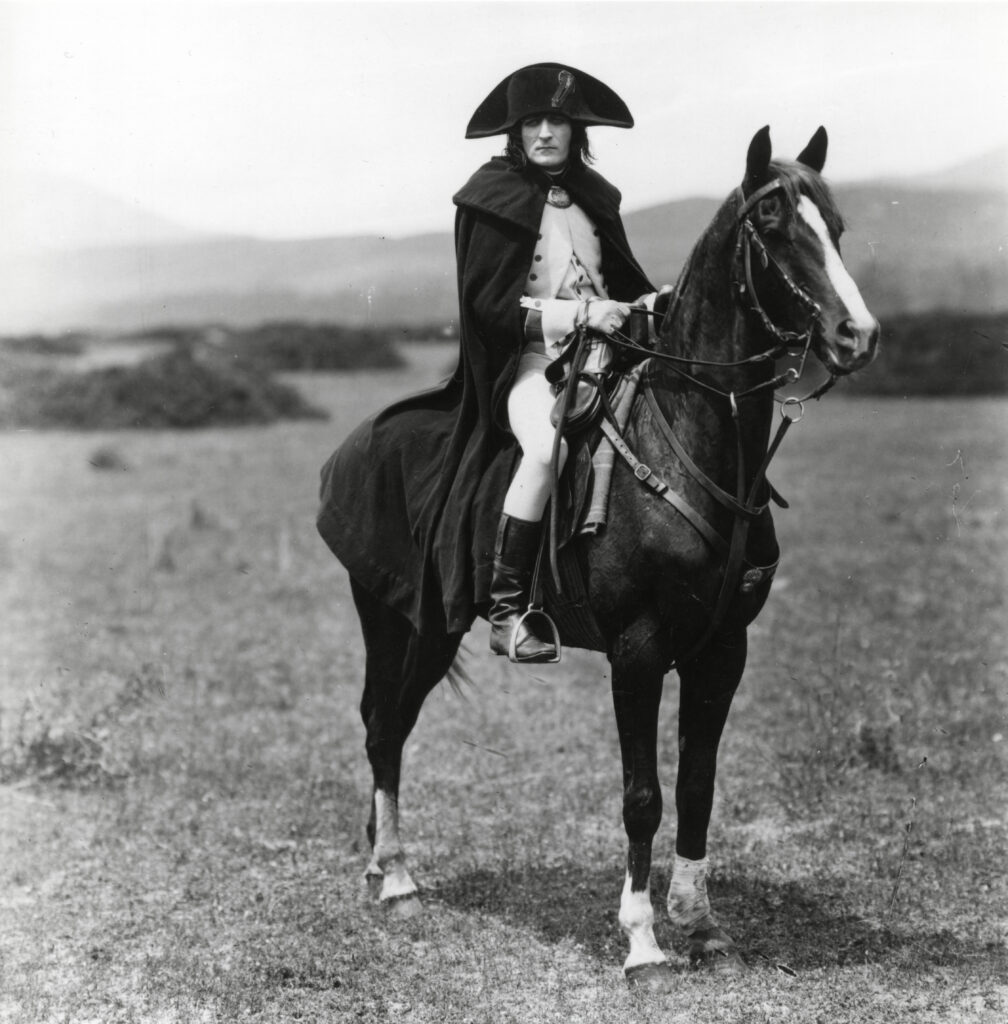 In 1939, Siegfried Kracauer saw in it “beauty and tastelessness, real content and empty pomposity”; in 1955, François Truffaut celebrated it as a “long lyric poem, a bouquet of climaxes, a succession of moving reliefs.” The film – Napoleon, the silent masterpiece by Abel Gance that made him immortal as a filmmaker – was presented again for the first time after years of work in 1980 by Kevin Brownlow in a restored version with an orchestral score by Carl Davis and celebrated new triumphs.

Abel Gance leaves behind an epoch-making work of art. Gance, who radically expanded the boundaries of the medium film with sophisticated montage, distorting mirrors, multiple exposures and triple screens, died 40 years ago on November 10, 1981 in Paris.
The five-and-a-half-hour epic, originally conceived by the director as the first of six films about Napoleon, presents historical episodes from his personal and political life in full extent, from the French Revolution to the heroic arrival of French troops in Italy, which marked the beginning of the first Italian campaign of 1796. Abel Gance’s Napoleon, which employs a series of groundbreaking camera and editing techniques, offers one of the most rewarding and exciting experiences in the history of cinema, a brilliant marriage of music and film comparable in intensity to grand opera and featuring dazzling scenes of unparalleled brilliance.

In cooperation with arabesques