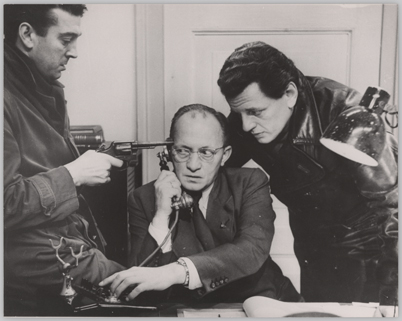 Exciting feature film about the most spectacular coup of the Dutch resistance: In 1944, Frisian patriots in Leeuwarden liberate a large number of prisoners from the custody of German occupying forces … British documentary filmmaker Paul Rotha shot his antifascist Heist-Movie, produced by Rudolf Meyer, which describes the preparation and execution of the action in detail, at original locations.