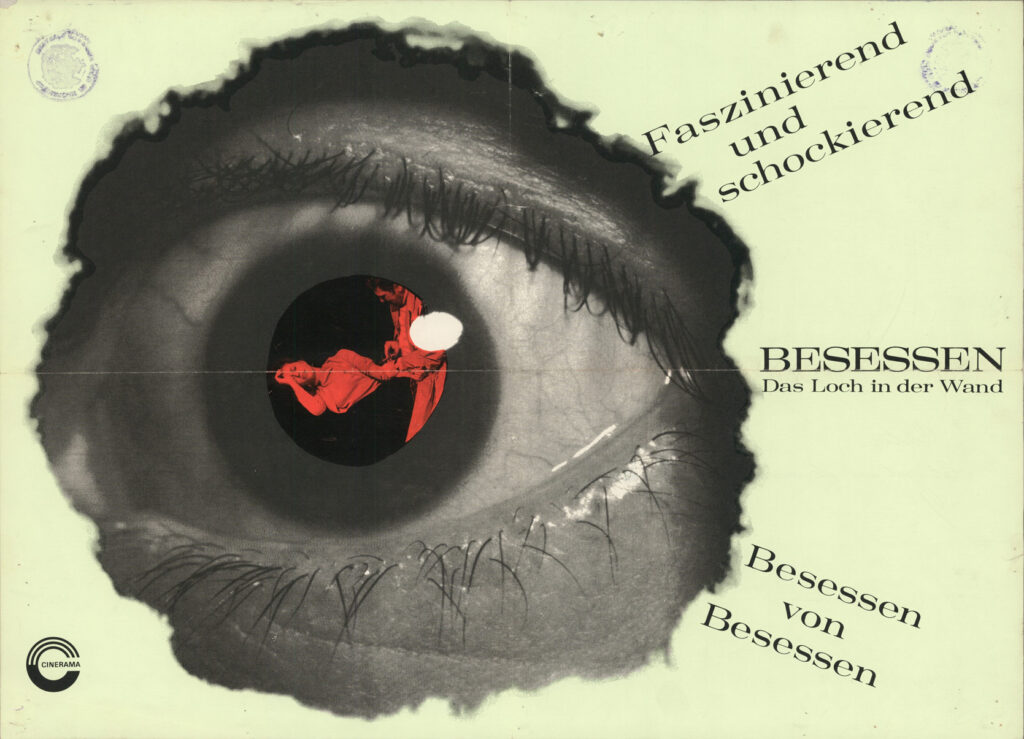 The script for this co-production was written with the collaboration of Martin Scorsese. Behind a painting, Nils Janssen discovers a hole through which he observes disturbing hustle and bustle in the neighboring apartment: Women are abused under drugs and disappear. Thrilling Hitchcock homage, spiced with European licentiousness and Amsterdam’s Sixties flair.