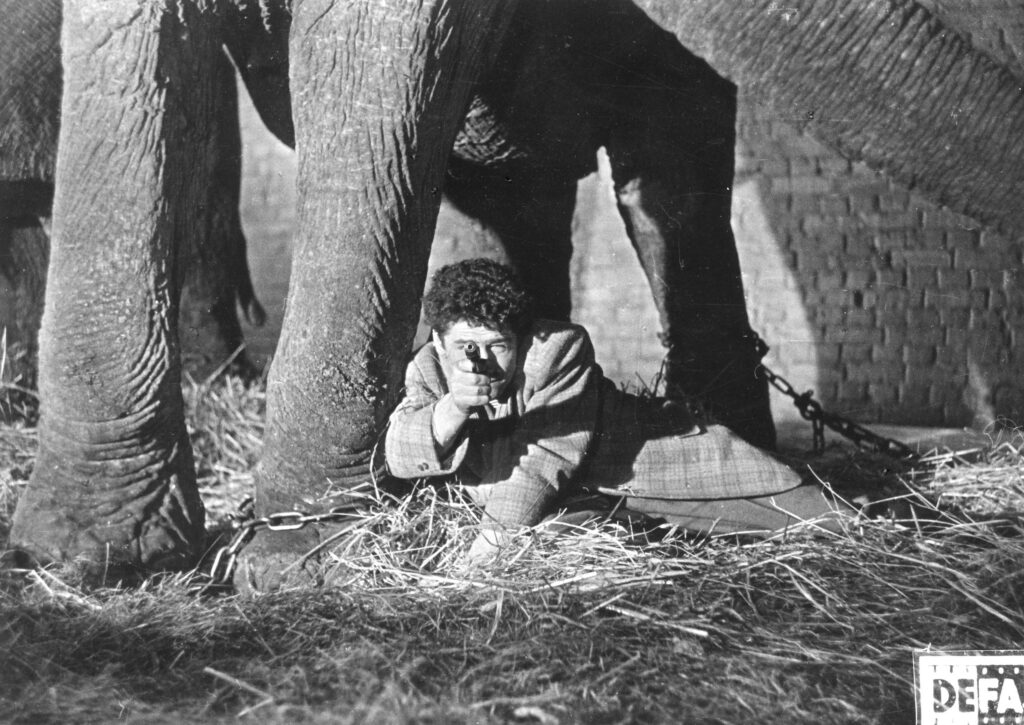 West Berlin crooks plan to steal horses in a circus in East Berlin. Two boys, who were included in their plan, were able to see the truth and tracked them down… A realistic post-war thriller, equipped with high-contrast light and shadow effects by DEFA cameraman Werner Bergmann based on a script by Wolfgang Kohlhaase.